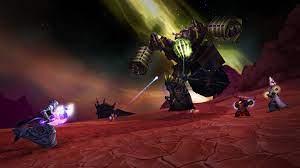 I stopped playing back during Cataclysm

Also enhancement: got broken at WOW Classic TBC Gold the onset of the expansionwith a tried rework(Legion), were really good for a week due to a bug and poor gear so nobody scaled nevertheless. Bug got fixed, and we had been in the garbage for another 3 raids, together with continuous dangling of'we had no time this patch, we promise we fix it at the next one'. 9.3 came out and they said, needs to wait until expansion.

It didnt occur in bfa - we sucked there also gameplay wise, we had any raidtiers where we had been middle of the pack rather than bottom third, but thats it. They finally de-reworked the whole spec to a much better version of their pre-legion gamestyle (gameplaywise) and then just never allow us to be aggressive in raids. I believe they just have some very committed designers for some courses and specs, and also those which are constantly abandoned and disregarded just dont have someone who needs it to succeed, so they simply get looked at sparingly and get a 5 percent enthusiast here and there.

Wait wait wait wait. I stopped playing back during Cataclysm, which had been a meme back then cause it was literally at buy WOW TBC Gold the WOTLK trailer. I have kept up just a tiny bit over the years and completely forgot about this haha