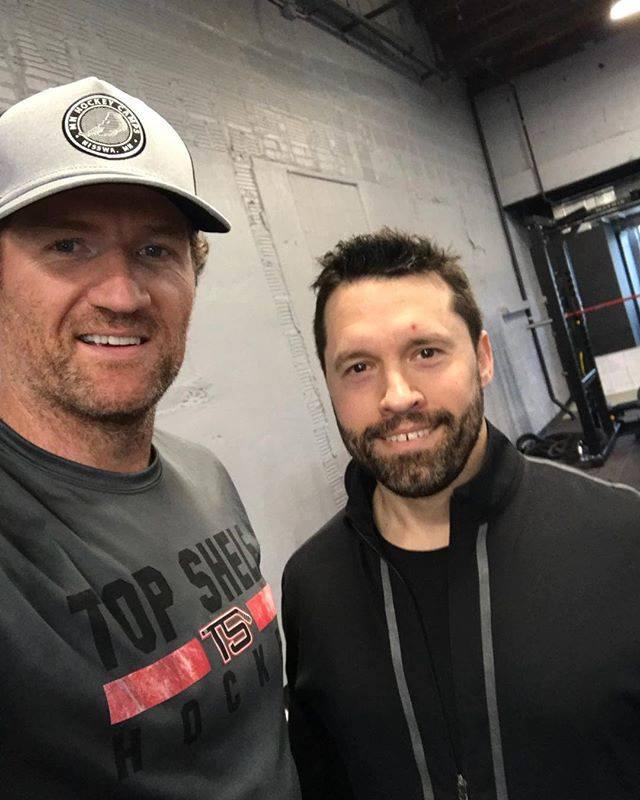 All kids love coming to summer camp.  When Scott Hartnell was training for the NHL he spent his summers at MN Hockey Camps.  Now he and his wife run the Hartnelldown Foundation that pays for 40+ kids to come and play at MHC every year.  Scott Hartnell just signed to play with the Nashville Predators.

He has personally changed Ayo Adeniye’s life; 4 years ago, Ayo’s coach set him up with the Hartnell Down Foundation. Ayo has loved every second of it.

Ayo has played hockey since he was 3 years’ old, he tried playing lacrosse but he just didn’t feel the same passion that he has for hockey.

“Some people say the I’m playing the wrong sport,” implying the 6’5” young man should be out playing basketball but Ayo is now 18 and will be playing for the Columbus Ice Hockey Club this upcoming season where he must decide what the next step in his hockey career will be whether its going pro or seeking a Division 1 scholarship.

Ayo now works in the MHC Pro Shop to pay for the tuition of camp and to learn how to manage a job and camp.  Ayo said that this was his first real job and that working there has added another level of work ethic that he never could have imagined in addition to all his daily work outs.

Ayo plans to continue to coming to camp and work in the pro shop until his hockey career is over.

All of this was made possible by MHC and Hartnelldown Foundation. Donations are always welcomed at http://hartnelldown.com/site/donate/